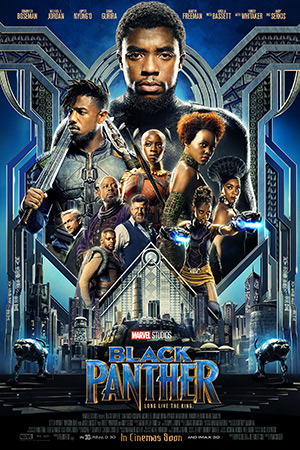 Directed by Ryan Cooler and starring the late Chadwick Boseman, Black Panther follows T’Challa who, after the death of his father, the King of Wakanda, returns home to the isolated, technologically advanced African nation to succeed the throne and take his rightful place as king.

This film is part of our Black History Month programme. This October the majority of films we screen will showcase black filmmakers and stories, highlighting some incredible work by outstanding black talent