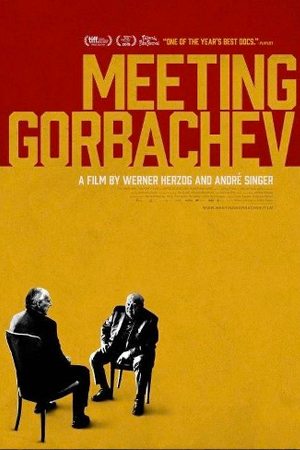 Leading the Soviet Union through its period of greatest change, Mikhail Gorbachev was the architect of its democratisation, introducing perestroika and glasnost, but ultimately resigning as, against his wishes, its collapse became inevitable.

Werner Herzog approaches a series of interviews with the now 88 year old Nobel Peace Prize winner with clear affection and great admiration. Profoundly compassionate, Herzog's charisma is matched by Gorbachev's own, as they discuss the Cold War, the Putin Regime and the legacy of his time in office.

Through these intimate interviews, and unforgettable archive footage, a touching portrait of a passionate and visionary leader emerges.