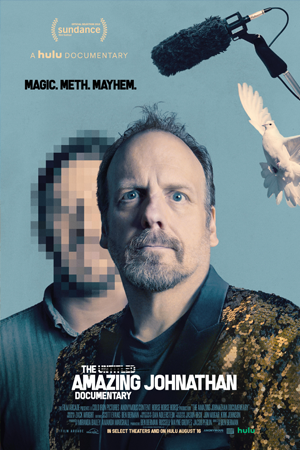 The Amazing Johnathan (John Edward Szeles) built a career as a magician out of shock and deception in the 1980s. After Johnathan is diagnosed with a terminal heart condition and given one year to live, he’s forced to retire his act. Cut to three years later: Johnathan is not dead, much to everyone’s amazement, and documentarian Ben Berman films the illusionist on an epic comeback tour that careens off the rails in highly entertaining and unexpected ways…

This screening is followed by a live satellite Q&A with Louis Theroux, director Ben Berman and special guests.