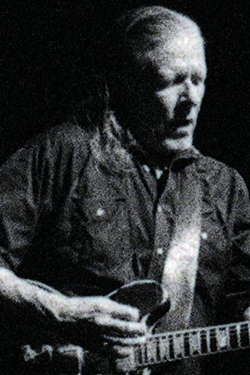 Doc'n Roll: Where Does a Body End? Swans + Director Q&A

An intimate portrait of the band SWANS, from their roots as a brutal, confrontational post-punk band that emerged from the same early 1980s era NYC that gave us Sonic Youth (and, somehow, Madonna) through their ill-fated bid at mainstream success in the 90s indie-rock goldrush, through breakups and chaos (on and offstage) to their odds-defying current status as one of the most accomplished and ambitious bands in the world, one whose concerts are more like ecstatic rituals than nostalgic trips back through their most popular songs.

Followed by a Director Q&A.