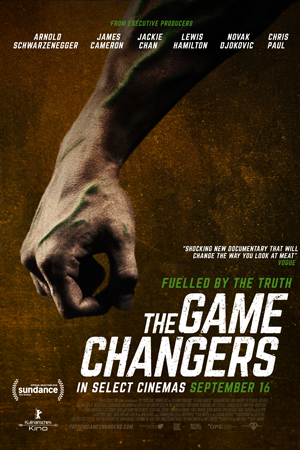 Premiering at the Sundance Film Festival, The Game Changers is a new film executive produced by James Cameron, Arnold Schwarzenegger and Jackie Chan that documents the explosive rise of plant-based eating in professional sports, mixing real-time, groundbreaking science with cinematic stories of struggle and triumph.

Directed by Oscar - winner Louie Psihoyos, The Game Changers follows the story of James Wilks - elite Special Forces trainer and winner of The Ultimate Fighter - as he travels the world on a quest for the truth about meat, protein, and strength. Showcasing elite athletes, special ops soldiers, and visionary scientists. Wilks’ journey exposes outdated myths about food that not only affect human performance, but the health of the entire global population.

Following the documentary, there will be a cinema-exclusive pre-recorded roundtable discussion with the filmmakers and executive producers.