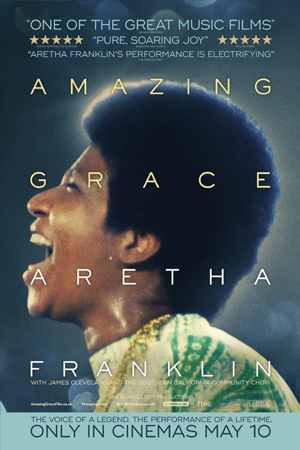 In 1971, the undisputed Queen of Soul, Aretha Franklin, recorded an album of gospel music live at church. The result: the defining work of her career.

Amazing Grace would go on to become one of Franklin's most commercially successful and beloved albums. These inspirational live sessions were captured across their two nights by Oscar-winning filmmaker Sydney Pollack.

Unseen for almost five decades, the footage holds up as document of one of America's greatest artists and activists, captured with Pollack's unfussy cinéma vérité but electrifying in energy.

Franklin is herself a miracle in undoubtedly one of the greatest gospel performances you'll ever see, with her father Reverend C.L. Franklin, gospel legends Clara Ward and Mother Ward of the Ward Family Singers, Mick Jagger and Charlie Watts amongst the star-studded audience.