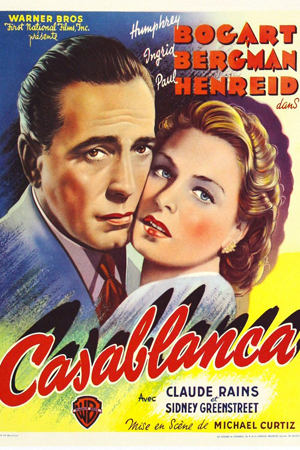 The story of Rick Blaine, a cynical world-weary ex-patriate who runs a nightclub in Casablanca, Morocco during the early stages of WWII. Despite the pressure he constantly receives from the local authorities, Rick's cafe has become a kind of haven for refugees seeking to obtain illicit letters that will help them escape to America. But when Ilsa, a former lover of Rick's, and her husband, show up to his cafe one day, Rick faces a tough challenge which will bring up unforeseen complications, heartbreak and ultimately an excruciating decision to make.

Cine-real is one of the only film clubs in the UK to exclusively play films in their original 16mm format. Cine Real is a non-profit organisation which aims to unite film makers and enthusiasts in their appreciation of classic film.