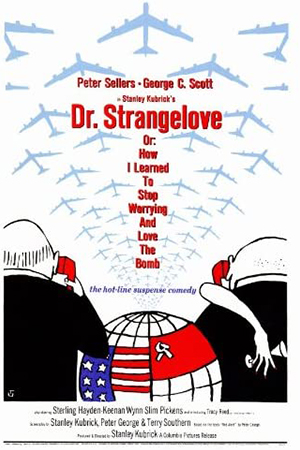 Through a series of military and political accidents, a psychotic general - U.S. Air Force Commander Jack D. Ripper - triggers an ingenious, irrevocable scheme to attack Russia's strategic targets with nuclear bombs. The U.S. President and Dr. Strangelove, a wheelchair-bound nuclear scientist who has bizarre ideas about man's future, work with the Soviet premier in a desperate effort to save the world.

Cine-real is one of the only film clubs in the UK to exclusively play films in their original 16mm format. Cine-Real is a non-profit organisation which aims to unite film makers and enthusiasts in their appreciation of classic film.